Super Creature Showdown started as a hand-drawn game that I would put in my son Jack's lunch box each morning. Jack is 5-years-old and LOVES all things nature. Every day he'd look forward to getting a new Super Creature Showdown. Each morning I'd work to make them more and more elaborate, ultimately turning it into a math-based game with the goal of being fun and educational. This past Christmas we got an Echo Show and we thought it would be a great winter break project to build out a voice-based game.

Super Creature Showdown tests your math skills in a fun, 3 round battle to determine each creature's Strength, Speed and Smarts. In each round you answer by saying which creature had the greater score. In the 4th, and final, Showdown round you add up the scores for each round and say the winning creature's score. At the end of each game a fun fact is revealed about the Showdown winner.

In keeping with the tradition of Jack's lunch box games, I wanted Super Creature Showdown to have a physical component. Each Showdown has a companion PDF that can be printed and used as a game board to keep score. Showdowns can be downloaded from SuperCreatureShowdown.com

Super Creature Showdown was truly a family effort. My wonderful wife, Katie, teaches 2nd grade, and her insight into education was a huge benefit in helping make the game fun, educational and age appropriate. Certainly Jack was a huge inspiration, and even our 2-year-old, Luke, got involved.

We built the game by starting on paper and working out the game logic and pacing. I then moved into coding using the Alexa Skills Kit SDK for Node.js. The SDK made it really fun to develop for Alexa, and leveraging Amazon Web Services made everything fast and efficient. I opted to have an external config file hosted on Amazon S3. This allows me to easily add new Showdowns without having to republish the skill.

Time. Time. Did I mention time? I worked on development over winter break, so coding between holiday events, parties and just everyday life made for quite a sprint. Don't get me wrong, it was a ton of fun. Also, working on UX for voice is really challenging – Things you take for granted on a website, or in an App, really present unique scenarios with voice. On a whole, I loved every minute of it. I think there are a lot of improvements to be made, but we all think this is off to a good start.

For me personally, I'm most proud of how involved my whole family was in making this game. It was really exciting to talk about it as a family and as a team. My wife is really tech savvy and has a background in English Literature, so it was awesome to have her helping streamline the voice and language components. She also teaches 2nd grade, so having her insight into how to help structure the math-based game play was also a huge help. My son, Jack, was a rockstar – He helped with ideas, debugging and testing. It was really cool to see him watch the development process and how excited he was about it. We did a lot of tests with custom audio, so it was also fun to seem him learn about recording sound, recognizing audio as waveforms and starting to understand volume. Speaking of volume – Our 2-year-old, Luke, got a kick out of watching us all talk to Alexa. She can't quite understand him yet, but he's definitely saying, "Alexa, open Super Creature Showdown"! :)

What's next for Super Creature Showdown

This is definitely a 1.0 release. There's a number of things we're looking to improve. I know there are some things in the UX that need to be worked out. Also, some handling of utterances and intents. From a game perspective, the game has score keeping and custom audio support. We'd like to better work that into the experience. Adding "easy" and "difficult" modes would be fun, too. Oh, and giving kids (of all ages) the ability to create their own creatures and battle against friends! Not to mention at least twenty other things I've got jotted down on a notepad. :)

Thanks for checking out Super Creature Showdown! It's a work-in-progress – We hope you enjoy our game and we'd love to know your thoughts! 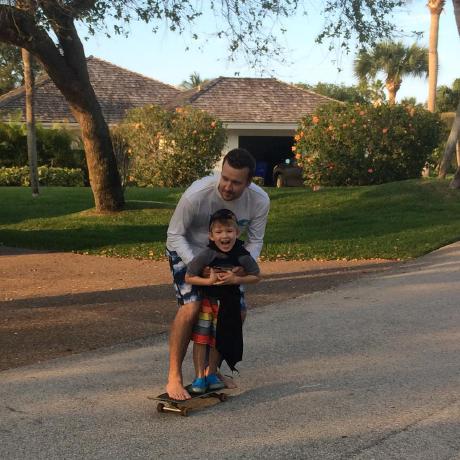