All of us are avid gamers and wanted to create something that would help us as well as others.

Once a user arives at the website they can create an account which asks for what game they play and their rank. The three currently are Dota 2, League of Legends, and Counter Strike: GO. The website then show the highest ranking players who can be mentors to less experienced players and a area for players of similar sill level to play with. Our group has had the issue of not being able to find people to play with and being stuck with players who are comparatively inexperienced to us. Now we can see and play with players who are highly rated by other gamers who have played with them.

Only one person in our group knew PHP so they were overworked.

We created a website that successfully allows users to find other gamers who have similar ranks in games that they share. We knew it would be a grueling process, and we had to spend an overwhelming majority of our time coding.

How to break up a bigger project into smaller jobs for more people.

What's next for Squad Seeker

Adding a chat feature so that it allows players to connect with people before a game instead of having to deal with people that they don’t like for over an hour. 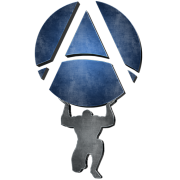