For the client side we used Unity with C# scripts. The backend uses PHP with a MySQL database and implements an http API to attack, defend or update locations between clients.

Our Unity skills were negligible and we barely knew how to create an API. The Unity location service gave us some headaches and the implementation of notifications was impossible. Designing the UI took more time than expected. Also project the GPS coordinates into a 2D plane.

Users can attack between themselves and the radar, the minigame and the database work fine.

Teamwork, how to work and "sleep", tons of Unity, mathematics and Git.

We want to add a compass and rotate the radar according to the north direction. Add bonus and classes (countries that gives bonusses). Also improve UI and performance. 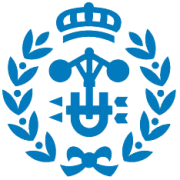