The Splunk App for SCCM provides Windows System Administrators with an efficient overhead view of their Windows Desktop and Server environments, allowing them to easily detect new systems under management and spot outliers that may indicate a misconfiguration or a potential security risk.

The Splunk App for SCCM includes overview dashboards for:

More detailed dashboards are also provided for each of the above categories, allowing an administrator to see information specific to a particular server within the app.

Dashboards for monitoring SCCM's internal logs provide an additional insight into the health and performance of SCCM and its related components.

SCCM uses an instance of Microsoft SQL Server to store the core of its configuration details. Since an administrator is able to delegate or give access to the SQL Server DB, a large amount of external reporting capabilities are opended up. However, navigating the schema and fully understanding all of the relationships between tables can often be difficult.

Various people have had success using SCCM's SMSProv log to better understand what tables SCCM queries and accesses directly when performing specific tasks, in hopes of being able to "sniff" out the executed query and use it as a starting point for an external report.

In setups where SCCM provides a mission-critical role, placing too much load on the database could result in poor system performance. For this purpose, the dashboard includes a "transaction" view of all queries run against the database. Info about the queries includes:

Steps below were originally provided by the Splunk-provided base application:

The sample application proposed various enhancement ideas that were taken into consideration while developing this release.

Those enhancements included, but weren't limited to:

This application was created by Rich Acosta and Erica Feldman as an entry for the Splunk Apptitude contest. A sample application, sccm.spl was provided to contestants as part of the contest resources.

This application began as an improvement on top of the provided sample application, improving on data integrity, correctness, performance, aesthetics, and grammar throughout the application.

As the application was developed, many components of the original sample app were rewritten or completely replaced.

Where applicable, the modifications to this app by Rich Acosta and Erica Feldman are licensed under the MIT License. See LICENSE for full details. 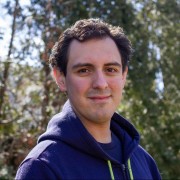