Original art, characters, and storyline by the team. Music by Vlad Gluschenko.

Nowadays, parents focus on children's general school education rather than instilling a habit of sound financial practices. The topic of financial health is not taught in school classes. In the process of brainstorming, financial education was the most prominent and lasting topic that came up. We thought that it would be helpful if we learned about filing taxes and building a good credit history before going to college. That is why we agreed that younger generations should incorporate financial education into their lives as early as possible. Frankly, it is quite possible to attract a child's interest even in such a boring topic as finances if it is done through a colorful and engaging game.

We created a choose-one-own-adventure story to tell children how to manage financial issues. The narrative uses a playable bird character and about ten pages of illustrated scenes. It builds a story according to the choices that a player makes. The prototype currently has one story, and the end of this story depends on the answers that the player gives throughout the story. A basic trend of this story is the presence of money limitation along with the necessities that the player needs to purchase and inferior goods that a player wants to buy. The idea is that necessities have to be bought before something that is not as important. The game teaches young players about better spending habits as they grow up. This product is potentially able to help the players deal with financial problems they might encounter in their future lives. We believe that our product is a useful app that children can easily play with and learn from at the same time.

We used XCode Version 10. We implemented logic trees provided by XCode IDE to build a storyboard. All of the visuals used in the app were self-made using Adobe Illustrator.

In the beginning, we chose to use Android Studio, which is compatible with Java, a language that all of the teammates are familiar with. However, soon we realized that learning how to use Java with Android would take us half of the time of Hackathon with and Android Studio SDK was problematic to install to open up on one of our computers. Therefore, we had to switch plans quickly, and we decided to use XCode and Illustrator instead. The problems that we ran into then, were that none of us has ever used any of those applications and we had to learn how to use XCode and Illustrator. Nevertheless, learning how to use those applications still seemed to be more manageable than using Android Studio within the time given to complete the project. With the help of mentors and online tutorials, we were able to start working on our project and then successfully finishing it.

We are incredibly proud of the visuals that we present in our app. We understand that simply putting text on the slide will not engage children in anything. Therefore, we put a lot of effort in creating aesthetic and bright characters and backgrounds to catch a child's eye. Also, our storyline is straightforward and as well as engaging and easy to understand for our young audience.

We learned the basics of XCode and Illustrator, of which we talked in our responses above. We have also learned that coming up with a manageable project is hard and requires a lot of experience. And we were astonished that we were able to finish our prototype in less than 24 hours, while individually, this project would have taken us about a week to complete. Though we only have such a limited time, we made our work as delicate as possible. We have learned that good teamwork and asking for a mentor's help when needed are precious qualities to achieve the set goal.

First, since there are four stages for each age level, we can extend stories from the most understandable to deeper levels. The process of learning is better to be along with the increasing level of difficulty. Other than unlocking the next story, you can also get actual awards. This app will not only focus on how to educate people about finance but also can inform audiences on other areas such as health or academics. Overall this app is engaging and suitable for people at every age. 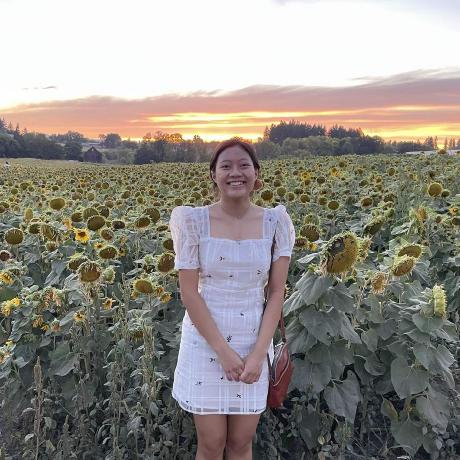 Added music to the app!