The majority of approaches to fight fake news focus on the "supply" side of the news and try to automatically spot fake news, limiting the actions of its creators. Given the overwhelming amount of information uploaded every second on the internet, such approaches may fail to evaluate all the contents. For its reason, we think that solution resides in the "demand" side of news, that is people. So we asked ourselves the fundamental question: why does fake news exist? Probably because in nowadays digital media ecosystem people spend little time and efforts in evaluating news credibility. Probably we are not completely aware of the dangers we expose people around us when sharing fake news, especially during the Coronavirus outbreak. Probably we are not ready to behave responsibly in the digital world, yet. That's why we think that we need to step back and reason more before sharing contents. The key to limiting the spreading of fake news is empowering people!

Crithink helps you in evaluating the information you want to share on your social networks (notice that Crithink HELPS you, it does not evaluate the credibility of information for you!). When you read an article you would like to share, you can do it through the Crithink app. This will give you a context about:

The application will be developed for both Android and iOs. All data processing is performed by a microservices infrastructure hosted in a Kubernetes cluster (it may be AWS or GCP for example). The deep neural network which provides all the information needed for the “context before share” will be designed and implemented with Keras. We have particularly focused on user experience and user interface. Specifically, we built the information architecture by developing a user-friendly workflow and usability-based scenarios. Mockup realization and interfaces rendering was elaborated with Adobe Photoshop, Illustrator and XD.

The main challenge was to find an efficient approach to deal with fake news spreading and create a tool to help people thinking and sharing critically.

Defining the key features of fake news, we developed a clear idea that can benefit the entire society. On the one side, with Crithink, we can create fake news awareness and provide individuals with instruments to identify and limit fake news spreading. On the other side, we value the role that fact-checkers and journalist play in giving us reliable information, giving prominence to their work in fighting fake news.

We learn to join efforts and use a common language to solve a problem. Our team is made up of expert in the field of engineering, sociology, design, marketing, business developing and information technology. Regardless of the different approaches we have to address an issue, we learned how to turn such differences in strengths.

The further next steps are three: 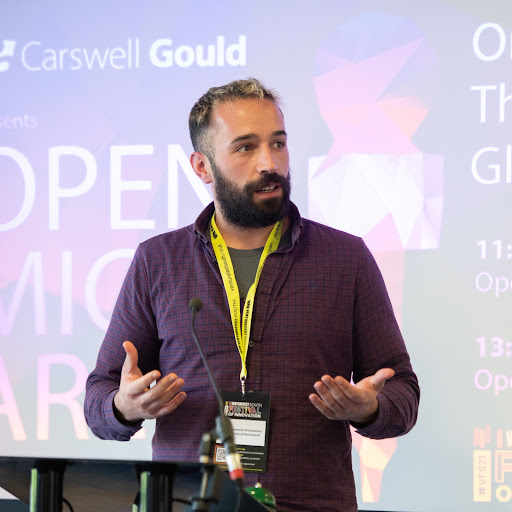