One of the biggest operational concerns for IT Operations and Virtual Infrastructure (VI) administrators is the lack of visibility between the virtual and physical networking – VI administrators have no tools to trace network traffic tunneled in the overlay protocols (e.g. VXLAN) and troubleshoot connectivity issues in mixed virtual and physical networks. The lack of traceability leads to longer time to resolution, and unacceptably long network outages.

Network Health and Path Analytics App provides VI Administrators with the means of identifying failing or unstable elements in both virtual and physical parts of a network. For each network interface and each network device as a whole the App computes important vitality metrics such as health and failure risk scores and provides a visual indication of a network element’s condition. 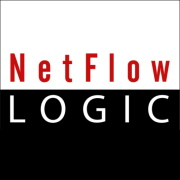