"Save crops from locust attacks"

This Idea was born here : https://devpost.com/software/locust-build on August 2020

What does this project do? 🤔

LLAM tracks the realtime locusts location and visualizes wind patterns on earth. Predicts the probability of locust attacks on a particular given position through satellite imagery using machine learning models.

Who did we design this project for? 👨🏻‍🌾

This project is designed keeping the problems that farmers face due to locusts in mind. We aim to reduce the destruction of crops caused by locusts which leads to massive effect on socio-economic interests of farmers.

What was the inspiration for this project? 💡

The inspiration behind L.L.A.M was that locusts are increasingly becoming a great threat to the vegetation and this threat is reportedly going to increase each year. To safeguard crops and farmers from this plague we needed some solution that could tackle the problem well.

What challenges did we run into? 🤯

What accomplishments are we most proud of? 👏

More about the project 🔥

Zoomed in view of location where potential locust is found

The easiest way to get started is to clone the repository:

Note: GPU intensive features are added into this project so it is suggested to run this application on a machine having dedicated gpu so that it could run smoothly.

Q1. What is a locust attack/invasion/plague?

When the locusts start attacking crops and thereby destroy the entire agricultural economy, it is referred to as locust plague/locust invasion. Plagues of locusts have devastated societies since the Pharaohs led ancient Egypt, and they still wreak havoc today. Over 60 countries are susceptible to swarms.

There are four types of locusts that create a plague namely– desert locust, migratory locust, Bombay locust, and tree locust. The desert locust is a notorious species. Found in Africa, the Middle East, and Asia, this species inhabits an area of about six million square miles, or 30 countries, during a quiet period, according to National Geographic. During a plague, when large swarms descend upon a region, however, these locusts can spread out across some 60 countries and cover a fifth of Earth's land surface.

Q3. How and when do locusts become harmful?

During dry spells, solitary locusts are forced together in the patchy areas of land with remaining vegetation. This sudden crowding makes locusts. Then, when rains return—producing moist soil and abundant green plants, locusts begin to reproduce rapidly and become even more crowded together. In these circumstances, they shift completely from their solitary lifestyle to a group lifestyle in what’s called the gregarious phase. Locusts can even change color and body shape when they move into this phase. Their endurance increases and even their brains get larger. Locusts have huge appetites. One of these insects can eat its weight in food in a single day. And they're devastating crops in East Africa, where millions of people are already considered food-insecure.

Q4. What is a locust swarm?

The worst locust outbreak in generations has overrun East Africa and the Horn of Africa. Without timely action, 4.9 million people could face a shortage this summer. This disaster comes at the worst possible time for countries like Somalia already facing the double emergency of food shortage and COVID-19. Seven facts about the situation on the ground:

In Africa, hunger is rising at a terrible rate. Economic woes, drought, and extreme weather are reversing years of growth so that 237 million sub-Saharan Africans are chronically malnourished, more than in any other region. In the whole of Africa, 257 million people are dying, which is 20% of the population. In the past three rising seasons, parts of Southern Africa suffered their lowest rainfall since 1981. As a result, 41 million people in Southern Africa are food insecure and 9 million people in the region need rapid food service. Close to five million people in East Africa could be at risk of famine and hunger as the ‘worst locust raid in an era’ proceeds to erode crops, infect water sources and expel thousands of homes, a new report has warned. The infestation, which first arose in the region last June and has already passed through some generation cycle, is feeding on hundreds of thousands of hectares of crops across at least eight countries. HISTORY OF FOOD FAMINE – • 2011 to 2012 — The Horn of Africa hunger crisis was responsible for 285,000 deaths in East Africa. • 2015 to 2016 — A strong El Niño affected almost all of East and Southern Africa, inducing food insecurity for more than 50 million people. • 2017 — 25 million people, including 15 million children, needed humanitarian relief in East Africa. In September, the inter-communal war in Ethiopia led to more than 800,000 people becoming internally removed. • 2018 — Africa was home to more than half of the global total of acutely food-insecure people, rated at 65 million people.. • 2019 — Food security is withering and expected to deepen in some countries between October 2019 and January 2020. Locusts attack across the world By the end of 2019, there were swarms in Ethiopia, Eritrea, Somalia, Kenya, Saudi Arabia, Yemen, Egypt, Oman, Iran, India, and Pakistan As of January 2020, the outbreak is affecting Ethiopia, Kenya, Eritrea, Djibouti, and Somalia. The infestation "cites an unusual threat to food security and livelihoods in the Horn of Africa," according to the United Nations Food and Agriculture Organization. Kenya has recorded its worst locust burst in 70 years, while Ethiopia and Somalia haven’t seen one this bad in a quarter of a century. They are now heading toward Uganda and fragile South Sudan, where almost half the country faces hunger as it arises from civil war. Uganda has not had such about since the 1960s and is already on alert. Uganda has not had to deal with a locust infestation since the ’60s so there is concern about the ability of experts on the ground to be able to deal with it without outer support. In a country like South Sudan, where already 47% of the population is food insecure this crisis would cause ravaging effects.

Q7. How can locust swarming/attack be prevented?

Weather patterns and ancient locust records help us predict where swarms might form. Once known, an area is sprayed with chemicals to kill locusts before they can gather. Historically, locust control has involved the spraying of organophosphate pesticides on the night resting places of the locusts. Intervention in the early stages of a locust case is mainly advised. This reduces the amount of pesticide to be applied because the locusts are localized over a very minor region. As a burst resumes to evolve first into an upsurge then into a plague, more and more countries are affected and much larger areas need to be treated. Still, a preventive method may not always be useful. Entry to infested areas may be limited due to insecurity, financial and human aids can’t be rallied soon enough to control an attack in time, or weather and environmental factors are barely favorable for locust expansion so the national control capacity is overwhelmed. So, what can be done? HERE COMES THE USE OF LOCUST LOCATOR Locust swarm attacks can be prevented with early monitoring of the breeding grounds of the insects. Now, the United Nations is already doing this work. Through various ground, air, and satellite surveillance techniques, image processing methods, data analysis, and a various modus operandi, scientists, researchers, biologists are serving day in and day out to build a model, or a method so that these attacks can be prevented before they grow to wreak massive damage and havoc. But, the common man cannot infer the need or purpose behind all this. This is a problem where experts with years of experience, modern technological software, methods, and tools at their disposal are still amazed by the rarely high attack of locusts this year. So what can we expect from an ordinary let alone an illiterate person to do? How can they know how to save themselves from this raging risk? How can we ensure that they - the pillars of support of this entire urbanized culture and people; survive and continue to prosper? Here’s where our application comes into action. By making an application in their local language and making it easy to use, we reduce any defies the locals might face while taking advantage of our app. Essentially, we track locusts and send a warning message to the registered users. From the satellite data available, we obtain the locust's location. We keep a record of the user location and when the locust enters the area of the user we warn them via text and WhatsApp. For now, we used WhatsApp but if we can enforce the project with budget and reserves then we plan to use normal text messages.

Q8.How cautioning them is useful?

It helps them take vital protection to save themselves from such distress. Also, it has a crucial role to play in the formulation of plans We executed Machine Learning in our tracker to predict the direction of action a couple of days before it ensures and try to predict the next valid mass breeding spots. We also plan to have a feature in which a user can mark a place where they spot the locusts and if we get the same marking from a defined radius of the users, we alert the concerned councils and mark the place in our map. By verifying the data, we found that locusts infested only specific crops, and only during specific periods of the year. By linking that with the pH of the soil in those areas, we were winning in building an algorithm that would help them to decide the best crop to be planted according to the pH of the soil, so that they could yield the utmost gains out of their crops, all the while being saved from the crisis of locusts ruining their hard work. As of April 2020, efforts to curb the locusts are being hampered by ongoing rules in travel and shipping due to the COVID-19 pandemic, contributing to the global coronavirus food crisis. Hence, if we can enforce Locust Locator, then surely we can put a huge leap in taking the whole world to normalcy if the nations can slowly go back to their food production levels before the disaster and hence resume trading activities of food and other products.

Being lucky enough to be able to use technology amidst the comfort of our living conditions, we were discussing the havoc that this year had granted upon people, starting with Australian bushfires to COVID-19. And we aspired to do something, to make the world a little better place, than what it was. We knew that we couldn’t be frontline warriors of Coronavirus along with doctors and other crew, since none of us are related with a medical background. But we had the belief that using our mastery in the fields of Data Science, Database Management, App Development; to name a few, we could at least try to do something to give back to society, and thus was born. Locust locator. So, while browsing for things we could do, we fumbled upon this idea and saw the wonderful initiative that Microsoft and the African Literacy Project had taken to organize this Hack for Africa global event and move forward to contribute to society. 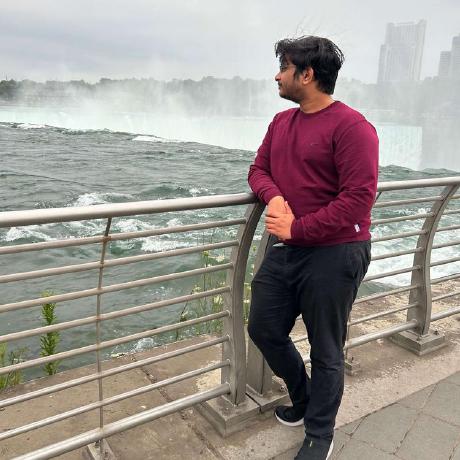