Maps are needed everywhere, for leisure, for research and for information exchange. Large tech companies recognized the value of maps long ago and earn money with them. Many maps are available as opendata and can be used freely. It's time for maps to be truly free. Time that maps can be made available as a Web3 Dapp and offered as a scalable, decentralized map server on the Internet computer.

Maps can be used to clearly visualize many facts that are important for society. That is why maps have been an important means of communication since time immemorial. It is therefore all the more important that maps can also be offered with Web3 and are thus free from censorship and privatization.

In order to show that Web3 can contribute a lot to Public Good, special examples for natural hazards and climate change were set up with ICMaps. Further very useful examples will surely follow through the community.

With ICMaps you can create your own map servers and thus integrate map layers into Web3 Dapps, Web2 applications and even desktop GIS. ICMaps is on the one hand the software that can be installed on own canisters and enables a decentralized, scalable map server that is fully compatible with the standard WMTS. On the other hand, the ICMaps.org frontend provides a user-friendly interface to create custom map servers and load map tiles from existing maps into the blockchain. This allows maps to be created with just a few clicks. Many examples show the potential of Web3 maps. One example impressively shows the effects of climate change by directly comparing two glacier levels.

The first step was to write the WMTS software. Can a canister support the WMTS specifications. For this, all WMTS requests had to be implemented. Additionally, a decentralized image storage was implemented based on the open source project Motoko-CDN. When the first Web3 map could be displayed it was clear that ICMaps will close an important gap in Internet computing.

Afterwards the frontend was developed. Based on the Motoko Svelte Starter project and the open source Notus Svelte template a functional and professional frontend was developed, which allows to create map servers and to upload map data in a user friendly way. On the one hand, XYZ map layers like Open Street Map or existing WMTS map servers can be parsed and map tiles can be seeded. As a last step, examples were provided to show the potential of the maps.

In order for the map server to support all requirements of the OGC standard, various Http requests had to be supported. The Mini BigMap project was integrated so that the maps can be stored in a scalable way. So as many maps can be stored as Cycles are available.

The frontend had to understand existing map sources like XYZ Server or WMTS Server and had to be presented in a user-friendly interface.

What's next for ICMaps 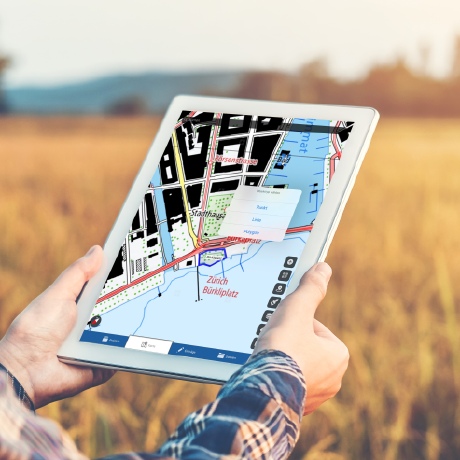