I'm currently running a very large & heavily distributed Splunk installation. We're constantly on the lookout for ways to expand our installation in both bare-metal upgrades & now cloud providers. However there wasn't a good way for me to be able to test or measure the capacity of these systems to see if they would work at our production loads. I started out writing a few scripts that measured the load on the system and started throwing the data into Splunk as a quick & dirty report. Over time this got more detailed & now it's a complete package of tools that runs as a single application.

This was a lot more coding than I'm used to, although I hate to admit it I'm more of a manager these days. Originally Gladiator was broken into 4 different components that all worked independently. It was a lot of work, but I was able to bring it all together under a complete app that can deployed and running in minutes.

I'm proud that I was able to start with concept of just "let's measure this stuff" & be able to bring all the pieces of it together into 1 tool that can produce useful reports that can accurately measure how a system is expected to perform under production loads. It's exciting to bring a vague collection of ideas & now have a tangible tool that can be used.

How to be flexible & a lot about disk/IO.

What's next for Gladiator 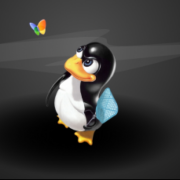