I needed a way to show which tape drives were busy reading tapes, what server was using them, etc. I started by showing the current status in a table, but this wasn't a great way to visualize the evolution over time. There were many questions I wanted answers to: are all the drives being used equally? What are the patterns of usage over time? Are some servers hogging the drives more than others? Are the same tapes mounted very often? Going through the logs was not a very practical way of answering these questions, so I had to come up with a better way.

And so, the Gantt Chart Visualization app was born! This visualization allows me to show the usage of tape drives over time, which is a huge help in distilling the data in the logs into actual useful information. From that, I can see patterns of usage of drives, spot problematic drives, servers that are hogging resources, etc. I can hover over a bar and see all the details for that mount: when it started, finished and it's duration, what server mounted which drive, the session number, etc. Clicking on the bar will drill down into the raw logs for that particular session, allowing me to spot exactly what was going on.

This app allows you to graph a set of "transactions" (anything with a start time and an end time), split over different "categories" along the y axis. The "transactions" are colored according to their "series", which allows you to group them graphically. Hovering over a transaction shows all the relevant information, such as at least the start and end times, the duration, etc. The app is very customizable, making it very flexible:

This app was already uploaded to Splunk Apps (https://apps.splunk.com/app/1741/) before the start of this contest. Here are a few of the changes implemented since then: 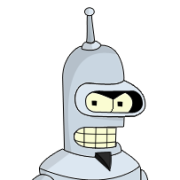