The Swedish organisations Bildleverantörernas Förening (BLF) och Journalistförbundet (SJF); which translated are Picture Delivery Association and the Journalist Association, presented earlier this year to the Swedish goverment a project called Corona picture Sweden. The project is meant to help both society with proper image documentation and employ current photographers who is hit hard economically from the pandemi

The original project idea/suggestion (in Swedish) https://www.blf.se/lat-fotograferna-dokumentera-coronakrisen/ (in Swedish)

The original idea is to the goverment to aid finansially but for the images to be storaged at either at the photographers own webpage, at some commercial archive or at a image database.

My adaption to the idea is to build a central portal, a webpage, preferally goverment financed (or private), where both national archives (like national imagery database or libraries), commercial databases and photographers can register at, so they can provide resoruces for research, education, journalism and other public institutes where such information is crucial.

Such portal would then provide -easier access for demand and supply -Tracking of who is providing, who is supplying (statistics) -Easier to compensate/reward suppliers (photo/videographer) -Easier to secure of quality Such portal can later also be adapted for other global or local type of major society crises that requires such database/portal

The original idea for meant for an already established porblem and already have solutions, although lacking finance. This idea lacks, atop financial issues (payment for portal, administration and the photographers), it needs project members such as webdevelopers, database devs, webdesigners Financial backup Webadministrators CEO

To put this up as a challange here in the hackaton

What's next for COVID-19 history in pictures

To create the database and means to the project, to present to goverments or EU, to deploy this asap. 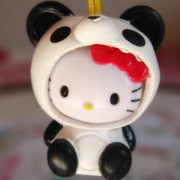 I put a temporary video, which is NOT the picth video, yet.