Well, originally we we planned to work on a hydroponics system controlled by Arduino hardware that would interface with the web to allow a user to water his or her plants while away from home, but we didn't want to get everyone wet with our amazing web and hardware skills that we decided to stick to what we know best, C++. That's right, each of us are classmates together in Larry Forman's Object Oriented C++ class at San Diego City college and our bread and butter is building awesome desktop and server applications. As the story goes, long past midnight on the inaugural day of HackCC, our team came up with the amazing idea of an e-mail chess program after being inspired by a workshop presented by Tyler Nappy from Mailjet.

In principle, our HackCC submission is meant to allow two users to initiate a chess game over email via a C++ application running on a private computer acting as a server. Each user gets a turn and responds by text to make their desired move. Non-valid chess moves are theoretically disallowed. As if an exciting game of text-based chess wasn't enough, our submission also includes a full fledged graphical representation of the chess board that updates on a move-by-move basis, created fully from scratch using the popular C++ graphics library known as Simple Directmedia Layer or SDL. Once the image has been rendered and the move has been processed, the program pushes the next turn to the opposing player using an e-mail with an embedded image of the current game board for easy visualization. We hope that you will share in our excitement and passion for quality C++ programs, because our final submission is at least 75% of the way there. 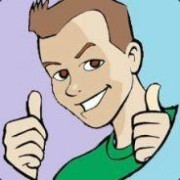