The transformation of ordinary things into something new. We asked ourselves a very simple question: how could we take something already existing and only by changing the mindset of its users transform an entire business. Could we get traction and change the behaviour of a population just by changing how we present data?

Helps users choose better ways to commute by presenting searches in a different way. The app uses gamification in the sense that it encourage users to choose less congested travelling times and by doing so you gain points that could be used for discounts.

Initially we invested heavily in the design process following guidlines of "design thinking". This helped getting the entire team moving in the same direction by building on top of each others ideas. We started with tons of ideas and we realised quickly that we had to narrow it down to find the best MVP. Eventually we agreed on a common hypothesis and once that was in place a plan emerged.

Kill your darlings. We had so many ideas we wanted to implement but time was short and we had to iterate our ideas continuously to narrow down the scope to convey our core hypothesis into a minimum viable product. We finally build a beautiful cupcake!

Due to the lack of deep user testing we where unable to completely verify user flow and design to make sure users always feel in control and can see the value in our product.

To actually create a complete product flow which could potentially provide value both for single users and a complete population straight of the bat!

We have worked closely together as a team and therefore we could make sure that everybody was on track doing the right stuff at right time.

We can achive great things in short amount of time. We realised that communication was very important for us as a team to update each other on ideas, flows, design, code etc. 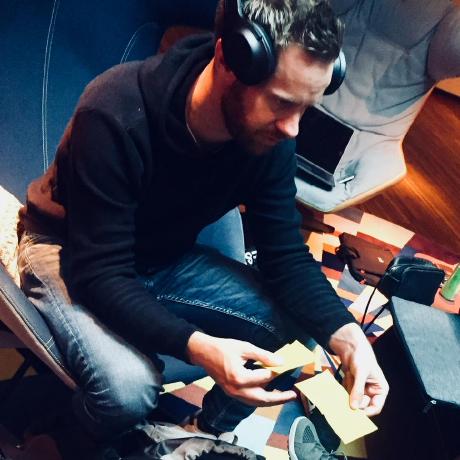