Today, because of the rapid technological advances, such as cars, TVs, computers, more and more people began chipping away at physical activity, and as technology did more of the heavy lifting, people became increasingly sedentary. The impacts of our sedentary lifestyles are one of the most unanticipated health threats of our modern time. Zones is designed for people who sit continuously for hours and help people find the motivation to exercise as frequently as they want to because it is not one of their top priorities (I want to exercise, but I don’t have time).

One of our biggest inspirations behind creating this app is Pokemon Go. Not only was it fun to play, but also made users step out of their house and walk around in order to search for Pokemon. Additionally, this introduced a social aspect as people played with their friends, walking around and getting exercise. Another game which inspired us is PlayerUnknown’s Battlegrounds, a battle-royale game in which players must survive and fight each other in a shrinking zone over the course of the match. We obviously can not replicate this in real life, but we liked the shrinking zone aspect and thought to make it fitness-oriented to improve the overall health of society.

Zones is a fitness-game app for iOS which promotes a healthy lifestyle by keeping players moving. When a player enters a game, a zone will be generated near their current location and they, along with other players, need to get into the zone as quickly as possible. The next zone generated will be a smaller size and players must get in it within a certain time. If players are not in the zone, they will start to lose “health” gradually. If they lose all of their health, they will lose the game.

We used React Native to build the app and run it using expo so that it can be compatible with both iOS and Android devices (current implementation is only iOS). The front-end of our application deals with representing accurate information to the player such as their location, health, and time remaining until zone change. The back-end deals with the constantly updating values of player locations, health, and changing zones.

The app often was not able to connect to the server, so the “zone” does not show up. Because of this reason, the user’s health and the flashing red were affected because of their dependence on the functionality of Zones, and get triggered if the user is not inside the zone. Since 3 out of 4 of our members were unfamiliar with the programming language, there was difficulty in understanding and developing code despite the concepts being fleshed out.

Getting the front-end to talk to the back-end. Not giving up despite lack of knowledge of the programming language. We were able to create a function application that we all could use in our daily lives.

In the project, we learned how to use the Google Maps SDK and tailor it to our preferences, which in this is generating zones that direct users to a specific location for the purpose of exercising. Also, most of us do not have too much experience work on React Native before so by doing the project we really learned a lot about it. Besides, in SD Hack we learned about working together as a team, despite not knowing each other at all before this event. We were able to collaborate together and utilize each others’ strengths to increase efficiency and create the best possible application we could.

What's next for Zones

Because of the limited time, there are still tons of things we should implement in the future. For example, we need to consider safety issues for users. The zones it randomly generated should be accessible for users in a safe way. Perhaps we could utilize machine learning for location hotspots that could be deemed as safe and be used as common zone locations. Also, we want to design more and more impressive rewards for the winners to encourage them to get out of the room and do more exercise. For example, creating a weekly leaderboard and ranked system where players could compete for in-game currency or gift cards. In addition, we hope Zones can host events on friendly competitions within a company/ neighborhood/cities and make great social impact on popularizing a healthy lifestyle. 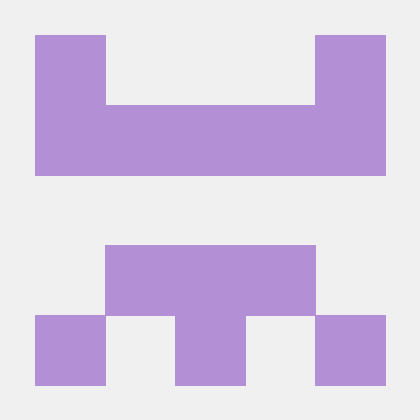