We’re a team of master students in Robotics at ETH. Last Tuesday in the class of Robot Dynamics professor Hutter presented his technology venture about a cleaning robot to recover and recycle the plastic from the rivers. We investigated this topic more in depth with his help and after some research in this field, we decided to commit to the LafargeHolcim workshop about plastic waste. The idea about creating a web-app that could benefit both the users and the companies comes from the consideration that we can’t solve the climate issues only with the good intentions of part of the population. We developed the business plan in a way that could create a circular economy, keep engaged the users and the companies can achieve plastic neutrality contributing in the creation of a sustainable business.

The app connects people in countries with high urban plastic pollution and companies aiming at reducing their plastic footprint. The user can collect plastic trash and bring it to the available collection centers to earn points. These are dependent on the weight of plastics gathered. After level three the user can exchange points with coupons, free tickets, or money. This is possible because companies, used to waste money in plastic certifications which are not really connected to real waste management, prefer to fund people which, under the reliable e transparent supervision of our service, can actually achieve better results with a higher accuracy. Trashes are localized when they are collected, when the user decides to take a picture of them. If so, an extra reward is given. The anomaly detection system looks for unusual patterns that are correlated to bad-behavior. The app can then build a map of the most plastic-polluted zones and extracts useful data shared with transparency on the web page of the company. In case of anomaly related to bad waste management (such as mismatched plastic flow at a location, e.g. 20 tons incoming but only 18 leaving), an alarm signal is triggered. A peer-reviewed system for image labeling is taken into account. The enormous number of data together with the peer-reviewing approach makes the corresponding growing dataset particularly desirable. Exploiting it, is possible to combine object detection tasks (effectively solved through modern architectures, e.g., YOLOv3), with the classifier trained on the acquired dataset.

The infrastructure is composed by three entities. First, the landing page built with Vue.js is based on Nuxt.js. Second, the mobile app is a native app developed in Swift for the IOS system with a classic configuration based on Cocoapods. Lastly, the back-end services have been developed based on different services: the framework Nest.js, Amazon S3 for the file storage and Postgresql for the database management, Amazon Cognito for user authentication, and Amazon Codestar for the automatic deployment of the cloud services. The object recognition uses YOLOv3.

The main challenge was to understand better the field of construction in order to make a contribution in a relevant problem that humanity is facing right now. Our background is more in Robotics and Software Engineering, but since Tuesday we interviewed different experts of the field and, after the inspirations and suggestions from the speakers of Friday night, we came up with the idea that we developed during this hackathon.

When yesterday evening we, components of this team, entered the same room we are still working in at this exact moment, we didn’t expect such great chemistry among ourselves. We didn’t expect entire days of mutual support and empathy. We believe that there is nothing greater than a supportive team and this is definitely the accomplishment we feel most proud of.

The two hackathon days have been strenuous both physically and mentally. We believe the most important skill learned has been the ability to stick to the time planning we set up while maintaining lucidity. Some components of the team have also acquired some hard skills during the competition, mentored by the most expert people in the team. For instance, a team member developed new skills in using Nuxt.js - one of the frameworks used in the process -, while another team member started out from scratch all the principles of web services.

ZeroPlastic aims to validate the assumptions made in the building of the first version of the product in order to get a reliable knowledge foundation for further developments in the implementation of the idea. In the initial stage, we want to get as much feedback as possible from the partners of the hackathon and from other people that want to experiment with our technology. In particular, ZeroPlastic is aiming at establish contacts with some of the immediately addressable companies and stakeholders such that CocaCola, Nestlè and Pepsico. In the meantime, the app will be published on both IOS and Android platforms in order to have real feedback from the community to get an assessment of the possible impact that this service can have in the future. 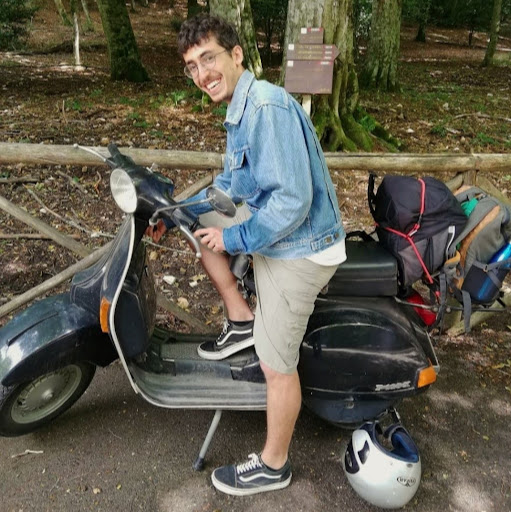