The app connects you with strangers, so that they act as your personal CCTV. Simply submit a request with location information and wait for it to be accepted. Anyone who happens to be there can easily snap a shot of the surroundings. You will then anonymously receive the status update of your desired location. It's like an on-demand CCTV anywhere!

I had 2 choices, whether to build a web app or a native app. However, in the end, we chose a native app for better support of Google Cloud Messaging to push notifications and its location picker service, both of which are critical to our app. The app connects to a backend server coded in PHP. This is then linked to a SQL database to fetch the best users to process such jobs and send them a notification accordingly.

Coding in Android is no easy feat for me. Being the solo Android coder in the team, I was from an era where Android 2.3 Gingerbread was the norm. With the new Android Studio, new APIs, new syntax and new quirks, getting this software was no easy task. I spent quite some time trying to figure out the obscure error messages and had a really hard time debugging! I had in mind a really nice design, but Android Studio simply refuses to make design as easy as it is on CSS!

P.S. In fact, I think Android Studio would win the most annoying hack award!

Isn't the ability to use Android Studio an achievement in itself? :)

Technical skills wise, I was able to brush up my competency in Android programming. I also learnt the importance of teamwork. With only a team of 2, teamwork was important because we relied on each others' input and output to make a coherent app.

The future for ZenVision is infinite. The use cases can be extended to set up constant monitoring of specific areas, to enable real-time video updates. For example, when a train breaks down, these real-time updates can be used to facilitate information sharing so that all commuters know which stations to avoid. This can also be implemented on Glass for a seamless experience in which capturing photos and live feed would be a simple command away. We aim to build a future where Information and Communication forms the core of our daily lives, and this is just a first step! 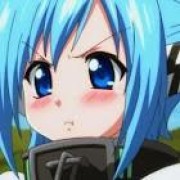