Being naturally fascinated by data science, our team was drawn to "Best Search of Customer Feedback" challenge. Through trial and error; often trying one methodology, library, or tool, only to have to switch to another, we persevered to collect tweet data from 2013 to today (10/27/2019) and Yelp reviews for jetBlue, American, Delta, and Spirit.

Some of the biggest challenges we faced were scraping data off twitter and dealing with minor sleep deprivation. The twitter challenge was overcome by a half-scripted half-manual scraping method, which was thought of on the fly. Yelp was scraped using data crawling with requests library and HTML parsing with BeautifulSoup.

Data was then converted to JSON files, to be later consumed by Googles Natural Language Processing API.

Data was again converted to a JSON file holding the date of review or tweet and the sentiment and magnitude of the text.

This was later analyzed and graphed using a mixture of Jupyter Notebook and scrips that used matplotlib. Also, collected JetBlue stock price data and plotted using pandas and Jupyter Notebook.

In the end, we also included a GUI to show the different graphs from the text sentiment analyzer.

Our teamwork itself was notable; with each member of our team becoming a specialist in one area of the project, each communicating with the others in what they were working on.

YHack was a tremendous learning opportunity and a great time to hack and collaborate with friends. 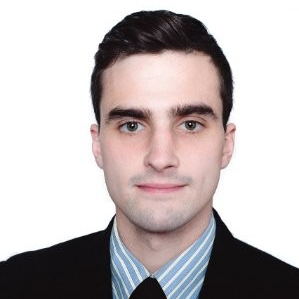