This is our first hackathon, so we hope to submit as beginners.

Website created to spread awareness on the Yemen crisis.

The conflict in Yemen is the largest humanitarian crisis in the world. Over 24 million people—80% of the population—are in need of humanitarian assistance, including more than 12 million children. One of the Arab world’s poorest countries, Yemen has been devastated by a civil war since 2015, becoming a living hell for its citizens. This is a national crisis—and it demands our attention.

In 2011, Abdrabbuh Mansour Hadi became the president of Yemen. He struggled at first, and the Houthi movement, made up of Yemen’s Zaidi Shia Muslim minority, took advantage of this to take control of the Saada province and its neighboring areas. Many Yemenis supported this because they didn’t like the transition of presidential power, which gave the Houthi rebels the power to take over the capital, Sana’a, in 2014. Soon, they tried to take over the entire country, forcing Hadi to flee abroad.

Many Sunni countries (ie. Saudi Arabia) began an air campaign to try to defeat the Houthis, leading to years of military stalemate and tragedy in Yemen since then.

7,700 civilian deaths have been verified by the United Nations, but many monitoring groups believe the death toll is far higher. In October 2019, the U.S.-based Armed Conflict Location and Event Data Project said it had recorded more than 100,000 fatalities. Every 10 minutes in Yemen, one child dies. About 70% of the population does not have access to drinking water.

After facing disease and hunger for six years, COVID-19 is pushing a devastated health infrastructure to the brink of collapse. As of May 30, 2020, only 2,678 people had been tested out of 28 million Yemenis. Out of those 2,678 people, there have been 400 COVID-19 cases and 87 deaths. With 500 ventilators, 700 intensive care units, and a population of 29 million people, these numbers are bound to rise.

Many people still aren’t aware of why and how it actually started and what the true impact of the war has been on Yemen’s civilians. Thus, we wanted to accumulate information into a single website that will concisely provide the necessary details to help whoever sees it become more aware of the dire situation in Yemen.

We created this website on Flutter alongside many packages. We implemented a color theme of black, white, and red for an aesthetic appeal, even making sure to start the project with sections of the colors black, white and red, and end the project with black, white, and red, hoping to create a more enjoyable experience for the viewer. We also thematically made all the pages align to time, ensuring that the chronology of the website eventually reached today so that the call to action is a lot more impactful and relevant to the viewer. We also implemented a tracker for live covid cases, it is tracked using the “Dataflowkit kit COVID tracking API.” Dealing with an API was difficult and required a lot of research, but we managed to get it to function. Further, we embellished the experience but putting many different animations within the project. This was also difficult, both creatively and logistically, but we think the final product is smooth and appealing. Overall, we wanted to provide a meaningful experience through design and story telling.

We begin with a short overview of the Yemen crisis. In the background, as you can see, is what Yemen looked like prior to the civil war—it was a beautiful nation, with gorgeous buildings and evident patriotism. As we continue scrolling, we delve deeper into the pre-war era in Yemen, looking further at its architecture, nightlife, and culture before the conflict began. We did our best to create a sense of storytelling through images, quotes, and short, informational paragraphs.

Then, after the backstory of the war is shown, we see a juxtaposition of past and current Yemen. The photograph held in front of the camera shows an image of a building prior to the war, and in the background the viewer can see that same building as it is now—crumbled, destroyed, just like the nation in which it resides.

As we continue scrolling through the website, we encounter a brief timeline summarizing significant events in Yemen’s history from 2011 to now. This provides a smooth transition from pre-war Yemen to present-day Yemen. We see starving children and read quotes from both organizations focused on helping Yemenis and the Yemenis themselves.

Finally, at the end of the website, we reach the current state of Yemen. We learn the devastating effects COVID-19 has had on Yemen, and we realize how its impact will only increase further due to the lack of resources in the country to combat the virus. With a final message, the website calls for action with the display of two buttons: one to call the phone number for Congress, and one that directly links to a website where we can donate to help fund the distribution of needed resources to the Yemenis.

Overall, the process of creating this project was difficult, but fun. Time-consuming, but also enlightening, as we learned a lot about Yemen’s civil war while creating the website. With our thorough research and carefully-designed displays, we not only hope that our website is impressive to you, the judges, but we also truly hope that anyone who stumbles across our website will become more knowledgeable about the crisis in Yemen and hopefully take action to help support the suffering people living there.

Our discord usernames are: 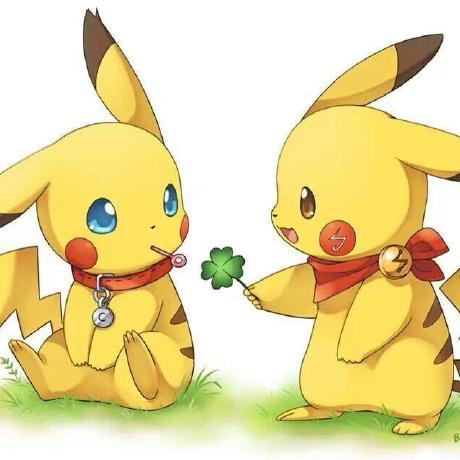