I decide to star with this project to learn more about React and Redux. Apparently it was to be a simple application but with many possibilities for improvements.

It shows a sequence of the last 6 videos of the channel, which can be navigated by a carousel of videos. They can be viewed in the app itself.

There is also a search field where you can type what you want to look at Yelp channel.

It makes the query using the YouTube API v3.

I used Node.js, React and Redux, WebPack and Babel with ES6 Syntax.

My main challange was with the time to produce this app.

I am proud to have, at first, tried to do this challenge. In a weekend where I developed for my clients, I found enough time to put together this app. I'm just sorry about not done it longer, and not have a team to try build another application or do this application with more features.

I've learned about my limits. I can do a challenge with another teams around the world, and do my best.

This App can be expanded as an extension for Chrome, and have a better interface than that I developed. You can also travel between the playlists of the channel, and make better search queries. It is an interesting application that can be used for other channels. Using the best features, It can be easily scaled. 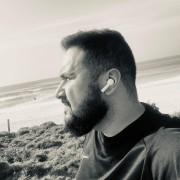