We learned a lot about django and python because the majority of our project backend depended on django. We also learnt about SVG animations and some more CSS animations.

What's next for Xmas Xpress

There is a lot more ground for XmasXpress to cover. Our future plans for XmasXpress include sending cryptocurrency directly to friends on festive occasions, creating a custom domain with the domain in-hand, enhancing the frontend UI even more, and so on. 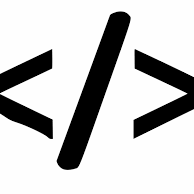