At first sight this might not seem to be a personal dashboard. For me, it is, and that is what matters, and I hope it's clear for you people, too!

XereoNet (http://xereo.net) is the group of designers and developers I am part of. We're not a company, but just a group of passionate people.

XereoHQ is my attempt to provide an overview dashboard for our little group, a dashboard which shows who we are, what we're doing, and where we're going.

It's a constant work in progress, but the current '1.0' version will already show the direction I'm going to with this.

Currently I have a "General" section displaying some metadata about us, a "SpaceBukkit" section with data about our first project started a few years ago, and an "IRC" section where data is live-pulled via socket.io and a node.js IRC bot. If it's quiet it's because nobody is writing, but I swear it's live :D

It was developed with the core principles in mind which define what XereoNet is at it's core: simplicity, the space theme, smoothness, awesomeness. I used Bootstrap to give it all a bit of structure, node.js at it's core, and LESS during development. 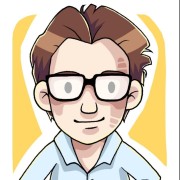