With the lacking however anticipating interaction between waste management and the public, we sought to build a simple platform to aid both sides in a real-time communication with the least amount of effort from everyone.

WyTrash is a system for waste management to quickly and efficiently broadcast information on infractions that lead to a house being skipped. As the data is easily captured by a garbage truck operator, Knoxville residents are just as able to intuitively find information regarding their own trash.

WyTrash is built off of a raspberry-pi's capability to take photos, receive GPS signals, accept input, and post to a database in the matter of seconds. Once available in a the mongodb cloud, our domain is able to use the Google Maps API to display points in the Knoxville area where trash was not received, following a photo and description of the particular problem.

Matt ran into way too many problems while setting up the raspberry-pi, including a broken camera module and a shy GPS that required an outside environment to test. HE later in frustration attempted to eat the raspberry pi but we talked him out of it. Since Mike was focused on the back-end and communicating with the pi, he also ran into obstacles regarding image uploads and web hosting. Jacob had no problems whatsoever since he's a programming prodigy, born as the love child between Linus Torvalds and Richard Stallman.

Connecting the bridge from a raspberry-pi and a web-server. Who'd a thought it wasn't too bad. Using more of Google's Map API was fun to see in practice. Becoming more familiar with Node always goes over well. Proud of finishing on time considering all the shenanigans.

Matt is an absolute animal. 10/10 would use him for a project again. We have learned a lot from observing him in his natural habitat as one of the few to survive becoming consumed. You can't sleep in the rafters as it's too confined of a space. Once you become assimilated with the rat population, there's no going back. 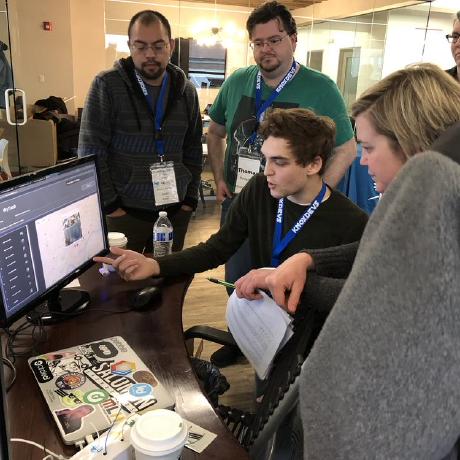