Modern politics is incredibly complex and nuanced, and fundamental rights such as privacy are being brought to question every day. Unfortunately, many people only receive one side of the story by reading biased news sources.

Wüf analyzes the contents of whatever article you may be reading, and offers suggestions for supplementary articles. It sources from a wide variety of news publishers, and although each one may be biased, the variety of viewpoints offered makes it easier to get the whole story.

A simple chrome plugin injects a bit of HTML and Javascript into a few whitelisted news websites. Said plugin sends the current tab's URL to a Node.js server to be analyzed, and displays the resulting article suggestions on top of your current article. A Redis database keeps track of various articles, topics, and associated sentiments (positive, negative, and neutral), which is used to further inform the user over current viewpoints and issues.

We wished to categorize topics into 4 main groups based off of sentiment analysis: positive, negative, neutral, and controversial. While the first 3 categories were fairly trivial to implement, detecting controversy was anything but! After some 3 A.M. multivariable calculus, we had finally created a satisfactory algorithm.

The afore mentioned controversy detection algorithm was a very fun problem to solve, however learning technologies such as Redis and Node.js was also rewarding in its own right.

Text analysis can be challenging, but certainly isn't rocket science. Separate functions are also invaluable when working with Node.js to avoid callback hell.

If development of Wüf continues, our goal will be to further improve our algorithms and provide even more useful data. The user interface could also use a bit of cleanup. 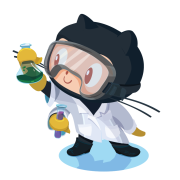