GME's crazy right now, isn't it? Seems like everybody's eyes are on r/wallstreetbets this week, so we thought we'd join in. For those who don't know: GameStop's stock valuation has skyrocketed in recent weeks due to crusading redditors on r/wallstreetbets. We decided to illustrate the change by plotting GME Adjusted Prices beside Reddit sentiment.

Shiny app with graphs that show the sentiment on Reddit for specific date ranges next to GME Adjusted Prices.

Accessed the Reddit API via PRAW (Python Reddit API Wrapper) to scrape submission titles from r/wallstreetbets for selected dates. Used the Loughren, bing, and NRC lexicons to measure the sentiment of submission titles relating to GME. Combined these sentiment measures with data on GME Adjusted Prices in Shiny to graph their change over time.

Shiny worked! Most of us had very little experience with Shiny, so we were surprised that it went relatively smoothly.

PRAW runs into major issues when attempting to scrape subreddits with thousands of posts. How to do a sentiment analysis in R. How to use shiny. Jack writes beautiful stories.

What's next for WSB Sentiment Analysis

We'd like to develop our own lexicon for sentiment analysis - we're especially interested to see if we can analyze emojis, since then we could see frequencies for rocket emojis, diamond emojis, etc.

We ate dinner while discussing the Cakemobile. This car, which was driven by former F1 driver Michael Andretti, was made 90% out of cake. This both intrigues and disturbs me, since it does suggest a future where we could have Formula-C racing, with cars made completely out of cake. Now that I have finally had something to eat, I’m feeling better. I have also been told that I have to note that we had to limit the scope of our data collection, mostly because Carson’s computer is slow. This makes sense, since there were a lot of comments. This also seems important, but all I can think about it my back. It’s killing and reminds me of how old I am getting. Nathan begins talking about litigation (at least, I think that’s what he said). I think about how I used to want to be a lawyer. That feels like a lifetime ago, since now I know that I would be awful at that job. There would be too much talking to people and they can send me to jail if I am bad at my job. As this is going on, I notice that Nathan has a deck of cards. I am a big fan of card games, especially queen of spades, which is both my favorite game and the one that I’m the absolute best at. Nathan is telling me that I have to note that Gamestop is retro. I feel like that everyone who has ever been in one knows that though, given that they are a brick-and-mortar video game store in the year 2021 that relies on Funko Pops to stay in business. Carson is now making graphs. I believe that they are showing something related to the Gamestop stock, but I don’t really want to ask, since Carson is mostly just talking about how she wants to call them Gamer. This pun is making me regret all of the decisions I have made in my life to get me to this point. I am now forced to explain why we don’t have data from January 26th-Febuary 3rd. I am told that this is similar to how one has to explain when they get hit by a car. I wonder what it would be like to get hit by a car. That seems like a good way to make money, as long as I can collect disability checks. I would have to find someone to hit me though. I am sure that Carson would do it, maybe I should ask her. Now, this gap is because of errors caused by Reddit’s API. We are now playing a very confusing online escape room. As with the rest of the day, I am very confused.

We have gotten back together at 10 am on Sunday to continue the project. I was surprisingly the first one here today, though I am also clearly the most tired. Nathan told me about the escape room and I am told that if we do well, we can continue to work on it. I now want nothing more in the world than to fail this project horribly. Today, we are working on the Shiny app. But I will now write about the Praw link I was sent. Praw appears to have something to do with the Reddit API and maybe the program we ran through WSBs. As I am attempting to understand what a Praw exactly is, I am told that the R program is named after the bunny. This fact confuses me a lot, so I instead started to think about horses. Horses are kind of weird, they have very long legs and they run all over the place. However, I still think I understand horses more than most of the programming language that is going on around me. My thoughts on how strange horses are get interrupted by Leah saying that the program is done. This makes me happy that everyone’s work has paid off, but also makes me worried that I will have to do the escape room. I am being compared to the octopus man. This, while a slightly fair characterization, does perplex me. I hope that unlike the octopus man, I survive the encounter with my documentary subjects without having to spend all my money. My story has been read now, which decreases the mystery surrounding it. We are now looking about the questions we have to answer to win. The others are saying a lot of acronyms that they claim they learned about. As for me, I learned that PRAW and Shiny are things. Nathan wants me to return to talking about R is named after a bunny. I don’t know a lot about bunnies, but every bunny that I’ve ever interacted with kind of smells. I wonder if that’s a natural thing for rabbits or just something that happens to animals in cages. Carson is now playing a song about rabbits, telling me that I cannot be the bunny. I don’t know how she found this song or what this means, but this sounds vaguely like a threat. The other three are discussing songs about rabbits. The song currently playing is a Veggietales song about praying to a bunny. The last time that I heard this song, I was six and in Sunday school. I didn’t really like Sunday school, but I went because it meant that I got food and didn’t have to go to mass. I am told to note that we used Bing. I wasn’t aware that anyone used Bing, but I guess my more tech-informed friends know more about search engines than I do. Nathan is complaining about not having a supercomputer. I kind of wish that I had a supercomputer. I don’t really know what they do besides math problems, but movies from the 80s tell me that they can stop nukes and become my friend, which does sound pretty nice. Carson is now talking about being unable to find a book in a bookcase. Given that Nathan does not own a bookcase, I am assuming this has something to do with that escape room. My craftsmanship skills regarding my bookcase building skills are being questioned by the others. This seems like a fair critique, even if it is wrong. I am a rather undexterous person, not like Will. I wonder what Will is doing right now. I know that he brought his blowtorch to college, but I’m not really sure what he can do with it. I should give him a call, but knowing my luck, I’ll be trapped in an escape room. It seems like this story will not be published to the devs. This is tragic development, making me a lost author to history. 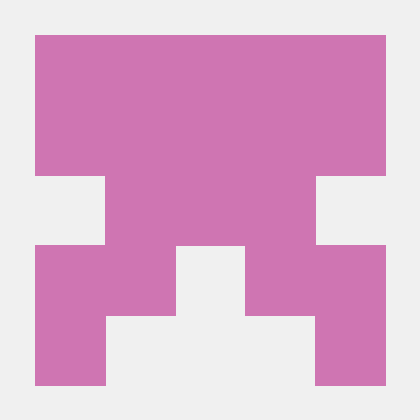