What started out as a "imagine if Confluence had..." joke turned into something we could not stop playing with. Although the new Confluence editor is super versatile, sometimes you just need to add some extra flair onto a page, what better way to do that using WordArt?

WordArt for Confluence initially only did one thing: alllow you to add WordArt to your document. But we did not stop there, we added the ability to make it blink.

Thanks to frameworks we created while working on other apps, we were able to create the app 100% based on components from existing Collabsoft apps.

We realized very well that WordArt is not something you can take lightly, it needed to be perfect, which was a challenge at times.

We feel like we've created the only thing that was still missing from Confluence.

During the process, we've been reminded how awesome WordArt is, and how we missed it in our documentation flow.

What's next for WordArt for Confluence

For now, not much but we are very interested to hear your feedback and suggestions. 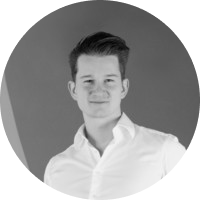