Social media hacks have become very common and they can range from being a minor nuisance to straight up criminal. The recent major hack on twitter accounts have shown us the ugly side of this problem but we feel the worst is yet to come. That's why we were inspired to come up with a safer and smarter social media app that is without any hassles and TypingDNA's API helped us achieve this.

On the surface Witter is just another social media app but it's very secure in its core. It uses TypingDNA’s API to authenticate the user each time the user wants to broadcast their thoughts (called "Moo" in our lingo) and hence it prevents hackers from using another user's account.

We used PUG template engine along with CSS for the UI and Node.js for the backend. The TypingDNA API authenticates each Moo and publishes them only if the person typing is the actual user who’s typing pattern was recorded for the account.

We are proud of coming up with this app idea and believe it can be a game changer in the world of social media apps as we’re entering the social media dominated era.

What's next for Witter 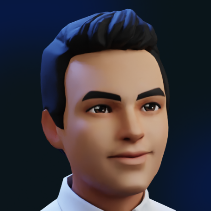