Wildcoin is a peer to peer conservation donation platform and a universally unique identifier (UUID) for endangered species allowing donors interested in funding conservation to target donations directly at where they will have the greatest impact - the actual conservationists working to save it.

Each species is assigned a UUID so products (a label on the back of a soft toy pointing directly to the species and donations), campaigns and articles across the world can create a quick link to its species page on the site. This page lists the four avenues of donation, donating to a species, an organisation, a conservationist directly or a a threat (wildlife trade for example).

Donating to the species

Donations to the species will be collected and divided up automatically between all conservationists and organisations verified as working on the species.

Donating to an organisation looking after a species

Donations will be directed to that conservation organisation's general pool but they'll see which species the donation is directed to so they can direct funding appropriately and see what is popular with donors.

Donating to a conservationist or scientist directly

Verified organisations can verify conservationists that work directly on their projects so the money goes straight to where it matters. Within this level the conservationist can register targets and goals (which would be shown by a funding thermometer) so donors can pick what they want to fund (equipment, time...) much like the popular crowdfunding model.

Donating to a general campaign about a threat or issue

Species on the site will be grouped within threats, for example "Wildlife Trade" so donors can donate directly to that and have the money assigned to the organisations and people that matter.

Donors can simply step through the site without registering to donate quickly or they can sign up for a monthly donation and whenever they want, allocating how much of their donation should go to a specific thing.

Updates from conservationists to donors

Upon donating, donors can receive updates via targeted newsletters based on exactly what they are donating to. Conservationists and organisations will have methods to plug in news, photo and social media feeds that link directly to the site and are sent out to relevant donors keeping them up to date with the work they are doing.

Donations could be stored in a general pot that is then assigned out to conservationists (using various methods to ensure that the money gets to the right place which is often difficult when it comes to remote field workers). Because of this, the interest from these donations could possibly contribute towards funding the running of the application without having to take a cut from donations like most donation sites. 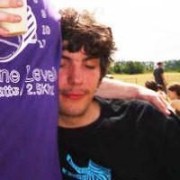