When Jon was younger he wanted to know what animals, insects and his pet dog were seeing. Now science has a better understanding on how animal and insect eyes process the world, we thought it was time to create a VR experience to communicate these findings!

To experience the world through the eyes of insects and animals. It enhances the learning experience and encourages children and adults alike to become more curious about the natural world around them.

A combination of bespoke 360-degree video shot on a Ricoh Theta and Samsung Gear 360. The video was combined with customised 3D models.

We wanted to have the experience run on Android Google Cardboard VR, though we could not get the video to play in combination with 3D models. Instead, we used an Oculus Rift to drive the final experience. We also had trouble processing the Samsung Gear 360, due to its proprietary format.

Shooting our first 360 film. Discovering a way to play 360 video in combination with 3D models in Unity. Particle simulations for the VR intro.

Learning how to add filters and special effects to VR cameras to simulate insect and animal vision.

What's next for Wild Eyes VR 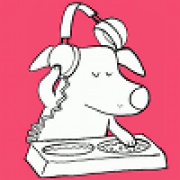 My Dropbox was full and some files in a shared folder weren't synchronized when Jon was creating an original archive. I've re-uploaded a project here http://bit.ly/WildEyesVRv2 Blender and QuickTime have to be installed so Unity could convert some models and videos.

Note: "Introduction System->CameraFrame" object in Intro scene has some extra rotation. Set it back to zero.