I've been interested in voice interfaces for a while and when betaworks started to think about voicecamp, I decided to build an Alexa skill. So when picking what to create, I realized that I often have friends over to the office and to my apartment and they ask for the wifi password, which is long. Rather than have to go to the fridge and copy each word in, often incorrectly, I thought it would be great to have Alexa read it out loud.

Wiffy lets your guests ask what the Wi-fi password is in the room they're in. It also has some easter eggs that make the delivery of those credentials fun (different modes based on Samuel Jackson and Donald Trump)

I built a prototype in node with no user accounts just to test the user experience. Then Or rewrote it in python and we tested it out at the betaworks office.

It's difficult to spell out the name of a WiFi network and password in order to input the data during onboarding. So instead, we ask people for their cell phone number and send a text asking for WiFi credentials.

We think we created a pretty elegant solution to entering credentials through SMS rather than saying aloud or account linking. The last text instructs the user on how to invoke the skill.

Easter eggs are a bit tricky with voice because there's not a great way to hint that there's something deeper to ask a skill since there's no GUI.

What's next for Wiffy

We'd like to add more modes, perhaps around celebrities, holidays, or people's friends. 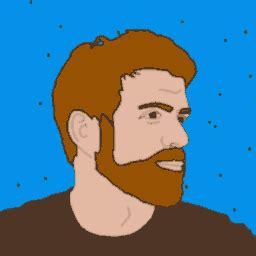 Hi, the skill now has some special easter egg commands and spells out words using "capital" and non-capital letters.