Initially we wrote a functioning backend using ASP .NET core, however we ran into problems when trying to deploy to Azure. Hence we decided to rebuild it using Node.js and express which we deployed successfully to Heroku. Our frontend is a single page app powered by Vue.js

Our attempts to deploy ASP .NET Core to a Microsoft Azure server failed which we were unable to fix. We eventually figured out how to get Vue.js 2.0 to work, having had to upgrade from version 1.x.

We did sleep briefly this year, following our own advice from last year.

Our MVP was ready more than a hour before the end of the hackathon.

Microsoft breaks our stuff. How to access REST APIs in C#

What's next for Who Tweeted It 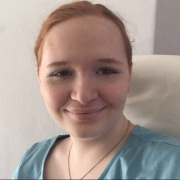