I (Abele) remember watching an ad on T.V. where a disabled elderly person had difficulty moving across their house at times. I then thought to myself how could I make this person's life better when this idea all of a sudden struck me.

Imagine your at home when all of a sudden you hear a knock at your front door. Since you have a google home setup at your place; you call out to your google assistant; "Who's there?". Once that phrase is spoken, the google assistant will automatically connect to a camera in front of the house and using Microsoft's Face api in conjunction with Facebook's Graph api; we would be able to pull all of our friends profile picture (with explicit permission of course) and see if there are any similarities between any two photos. We used the Drive (Google Drive) api to store our pictures and Firebase's realtime database to capture the live footage from the cloud based camera. Once the whole process is done and the assistant found a match, it'd say something along lines of "hey your friend Alex is at the door. Do you want me to let him in."

We utilized the great toolkit provided by Google: DialogFlow. It not only drove the entirety of our project but in some parts even inspired which direction to take. We also had trouble connecting Firebase to DialogFlow.

Getting up our first mini project with Google Home as well as understanding how it works. None of us had ever worked with DialogFlow before and there were many new concepts introduced to us all at once. As a result we also had trouble connecting Firebase to DialogFlow as well because of the uncharted territory. The biggest challenge however was trying to get all the apis to work alongside with Google assistant.

The design we have for conversations with our assistant is pretty life-like. The conversation flow/UI was thought out and thorough. Much effort was put into coming up with the various ways to communicate one idea to the Google Home. There were also small accomplishments that we are proud of because the hours of grueling confusion and frustration were overcome in the end.

We learned how to navigate and work on a Google Home/Actions on Google ecosystem. We also learned a lot of things about apis that we previously did not know about such as RESTful apis.

What's next for Who's There?

Implement a fully working system and releasing it to the public. Connecting Spotify and playing entrance music when someone is admitted into the building. 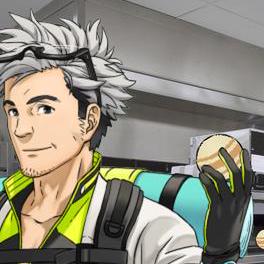