Opting for Most Awesomeless Useless Hack and Most Beautiful Hack

We started with the idea of making a game that's open ended, and having vague goals. We looked towards games of similar genre such as AntiChamber.

It gamifies personality tests. Instead of a series of questions, the player goes through a set of rooms, in no particular order, and with no specific goal stated for every room, and through their behaviour and choices that they make, a personality profile is produced at the end of the game.

We used Unity game engine to develop the game, and used many free 3D assets from Google Poly.

This is the first time we're working with a 3D game with a full on character controller. Our experience with 3D models and shaders were also limited. We had to learn how shaders and lightings work in a 3D work to give off a proper minimalistic feel to the world that we were trying to build. A lot of gameplay mechanics had to be built to due to the nature of the game having a variety of tasks.

Given that this was our first time making a 3D game, we were pretty happy with actually completing the game. We also learned a lot about the Unity engine, especially in the context of 3D games.

3D games are not easy to make, especially with limited time and assets at hand. Shaders are extremely hard to grasp for beginners like us.

What's next for "Who are you?" game

We might make it into a short yet complete 1-2 hour game, with way more rooms and possibly puzzles. 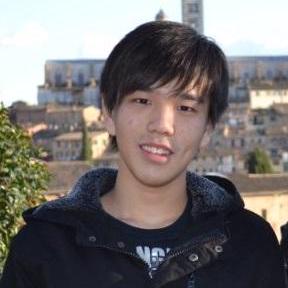