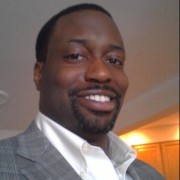 It’s off to the races - demand has escaped from the Driver-Partner community to the general public. We’ve created a new category "#SDaaS - Surge Demand as a Service”. We’re featured on ProductHunt and Twitter - I’m getting about a dozen people a second through the server but we’re all good (a lot of the pre-work I performed is working). It’s been quiet here on ChallengePost, but for the few that may be paying attention, I appreciate your support. I began a few weeks ago as a Driver-Partner and simply wanted to help my peers and myself make better decisions in a positive fashion without having to game the Uber system. I believed using technology as a tool could help achieve that goal - it did. The DP community wanted about two things: 1) someone listening to them and 2) something to address their concerns. Working with Partners locally and around the world we’ve been able to align towards an outcome that works better for us and the company.

Also: I have tons of email to get through so I promise I’ll respond over the weekend (gotta get back to driving - my payment statement's going to be a little light!)