Dense passenger traffic is a hazard and an inconvenience to commuters. WSIL? offers crowd monitoring and commute-time predictions to help commuters choose the right time to leave and begin their commute.

According to a 2016 study by Moradi A and Soori H, citizens living in densely-populated urban cities are placed at a higher risk of traffic accidents due to mass commuter rush-hour flow, as millions descend simultaneously unto the transport system for their daily commute.

A simple solution to this, was if we could somehow modify passenger flow times and moderate the peak flow intensities. Our solution came to us when we confronted the subconscious question every commuter faces before their journey --"When should I leave?" Indeed, if residents were able to access information on the location of crowded places and the public transport occupancy rates, it might nudge them towards waiting the rush hour out for a more comfortable commute. This would in turn decrease the probability of accidents due to the problem Moradi and Soori has set out.

WhenShouldILeave.com is a simple and user-friendly web tool that conveys three things. First, it allows users to search their upcoming commute times, and uses a prediction model to forecast possible delays due to overcrowding of transport systems.

Second, it reports station and train densities through information gathered by smart-sensors. This helps the user anticipate how crowded the commute would be, and nudges them to wait out the crowds, if they are not in a rush.

Finally, it maps out the dense hotspots in town for users to access. This helps both users who are looking for a quiet getaway, or users who want to know where the most bustling part of town is.

As a team, we functioned to our strengths. Maksim Artemev was able to create a scraper to collect data from social media about traffic flow and pedestrian behaviour through geotags.

Nithish Raghunandanan, our resident computer scientist, helped us greatly with the technicalities of the backend stuff. He pushed himself further by figuring out how to integrate the backend with the frontend.

Isabella Nubari, a truly amateur coder (who only managed to pick up Java over the summer), had to learn CSS/Bootstrap/HTML in 24 hours in order to create a UX/UI for the program in order to make herself useful. (she is very proud of this achievement)

Halfway through the hack, we ran into the challenge of truly battling the API provided by Thinktia, which simply would not cooperate. After a few tries and desperate pleas for tech support, we decided to pivot towards using hardware (a camera) to measure occupancy densities using machine learning. However, we ran into further problems of large libraries and thus decided to simulate actual data.

The detour certainly cost us time, and we were not able to integrate all the elements we want. However our code actually works and that's what matters.

This is the first International / MLH hackathon for half of the team, and the very first hackathon for the other half -- we are very proud to have been able to complete a project. What we are even prouder of, is that fact that it actually works. We have included a really cute page for errors, but fortunately (or unfortunately), we might not get to see it much.

How to overcome a lot of challenges over 24 hours, and how to collaborate in an international team where everyone has a different primary language -- I guess you could say we communicated in code.

fun fact: we all coded in different languages too

We each learned to pick up a new (coding) language in order to make this project happen, there was great personal expansion.

What's next for When Should I Leave ?

We believe WSIL? is a scalable service that can apply to all smart cities. With the availability of more sensor data, we can build even more complex models that takes into account weather conditions, seasonal traffic flow and foot traffic on every street corner. Furthermore, we believe that our heat maps can be better improved with an overlay that indicates frequent road junctions where traffic occurs, or even where accidents occur. 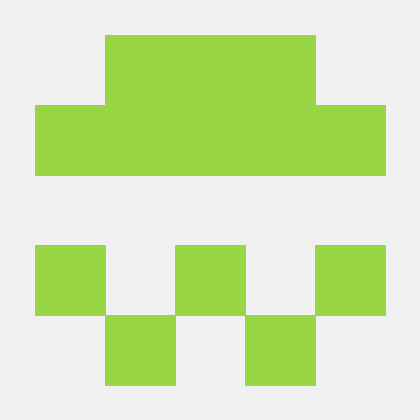