Blind people cannot identify what is in front of them.

It is a robot that moves in front of a blind person and tells them to stop when it detects an object in front of them. It then snaps a picture and sends the picture to the CloudSight API, which identifies the object and sends back the name. It then says the name of the object into the headphones.

We built the device using a Raspberry Pi to power the whole thing. The Laboratory for Telecommunication Sciences loaned us a Roomba + Camera system that we later added another webcam to and a proximity sensor. The rear-facing webcam uses OpenCV, while the front facing camera uses CloudSight for recognition. The Roomba is powered using iRobot Create, and the whole thing is brought together by a lot of Python and heart emoticon

What's next for What does Dan Hlavenka Look Like 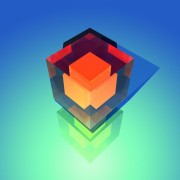