Point cloud convolutions in deep learning have seen a lot of interest lately (pointnet++, generalized convolutions, PointConv, FlexConv, SpiderCNN). These approaches involve grouping points according to local proximity using data structures like a KDTree. While results on classification and segmentation tasks are promising, most publicly available implementations suffer from a number of factors including:

WeighPoint addresses each of these issues.

The resulting architecture requires no custom kernels to be built. Basic models can be trained in a number of hours (2-8) on a single desktop GPU (timings based on GTX-1070/ GTX-1080-TI).

While this project was developed using 1.12/1.13, it was always intended to be easily ported to 2.0. As such, the tf.keras framework was used throughout. It also makes extensive use of the tf.data.Dataset API and is configurable via gin-config.

I'm most proud of the way in which network-dependent preprocessing is implemented. While it isn't super easy to debug and precludes the use of eager mode during network construction, it allows all network code - per-layer per-example preprocessing and batched learned components - to be written in one place without sacrificing any control, and while also automating the ragged batching process.

A side effect of the ragged first implementation is the output is differentiable not only with respect to point positions, but also the neighborhood radius itself. This means - unlike image convolutions - the receptive field of each layer itself can be learned.

keras in 2.0 is looking very promising. Coming from estimators I was disappointed by the lack of comparable out-of-the-box features in keras in 1.13 (e.g. tensorboard logging of custom metrics is, in my opinion, highly unintuitive and unlike all other tensorboard logging, and restarting training from a previous checkpoint is distinctly non-trivial), but I'm optimistic looking forward.

Classification with basic models are close - but still worse - than state-of-the-art (87-89% vs SOTA 92%). There is a vast amount of configurations possible however, and a I am hopeful a non-exhaustive architecture search will yield better results.

A segmentation dataset and model has also been written, though a known bug that needs to be resolved before results beyond random guessing can be expected. Point cloud generation/reconstruction from images should also be possible with the operations. 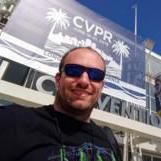