I get sad a lot because I want to learn something but it's just so uninteresting because school, but it's also like ishould learn it but i don't want to, u know it's kinda like javascript where u know learning it is gonna be a huge shitfest but u know it's gonna be worth it so in these dark times its hecka hard to get motivation so we built something to solve this.

it solves it kinda

We used a LSTM recurrent neural network to create the format of a blog/newsletter: something far more casual and casual rather than the typical textbook format. The content was generated from Wikipedia, where we used clustering and the number of common words. We originally planned on implementing a Skip-Gram model and using it to estimate the closest words with the largest probability to find common ground, but after discussing a lot, we decided it would be far more efficient and probably more accurate just to look at the common links.

so at the beginning, I made this promise to the world that by the end of the time, if I hadn't finished the entire thing, then i would say something really stupid, and I managed to do both. Also, lowkey weeb background.

It's obvious there's an issue in education. You got half the population saying learning is the purpose of life, and the other half hating school out of their minds, and it's just this crazy polarized thing. So in order to cure this terrible thing, we gotta do something. While I deeply admire the Japanese route of lewding the shit out of school, it's gotten a little too far, and I think something that brings learning back to it's true roots is a lot better. Even the edgiest emoest teen has something they just want to learn about, and while we have to force them to learn some important stuff, we think that our project got them a little more closer to them being able to enjoy their school life in school.

the power of friendship and teamwork!!! when we come together as a TEAM rather than as INDIVIDUALS, beautiful things happen. like we had a rubber ducky but I can't take a photo and show it because that's kind of weird

Absolutely nothing, I'd like to point out that this is a hackathon project and it will never ever be looked at the second the demos end :))))))) 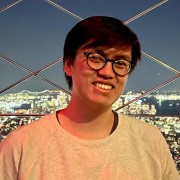