To begin with, as there is no better way of overviewing a project than to test it yourself, the actual web-page is currently available here

The main reason why this project was born was to raise awareness among the general population of the use of masks to prevent the spreading of COVID-19. It is a simple and personal gesture that has a real impact on the rest of the society, and this impact is the one that this simple web-page is pretending to give importance to. Through the implemented simulation, users can check how radically different is the evolution of the disease in random populations depending on the degree of mask use, as well as social distance, another key factor.

As it has been commented in the previous section, the site is based in a simulation where users can confirm the great impact of using a mask. In this section, the basics of how the simulation is organized will be explained:

First of all, the user can dynamically edit the values in which the simulation is based via the provided form. Editing this form will result in a reinitialization of the board and distribution of the population; as long as the simulation is not running, where the form remains read-only.

Once the simulation has started, the randomly distributed population begins to move and to get infected. In relation to movements, each person chooses randomly where to move (or stay) among all the available positions. Dealing with the infections, when two people, one of them infected, are closer than the minimum distance, a random test, based on the probabilities shown in the picture below, determines whether the other should get infected or not. A special comment should be done about the probabilities: they are based on information provided by authorities and confirmed to be rational, but not scientifically proven, by a consulted doctor. This last comment is related to the fact that it is really difficult to determine an exact number, since the infection rate is based on multiple variables - viral load, wind, ...

After some tests with different combination of variables, the user should realize that populations where mask percentage is higher take more epochs to get fully infected than others. Also, as expressed before, social distance (related to board size) is another key factor.

Moreover, the web has been developed mobile-responsive - adjusting to window size - so it can also be consulted through smartphones.

A final comment should be done about simulation.py. This file contains the logic of the simulation in Python before it was translated to JavaScript.

In future versions of this project, these may be some of the next steps:

This project was developed with the basic knowledge of web programming that the course CS50's Web Programming with Python and JavaScript gave me. In fact, I used it as part of the personal final project, which you may find in cs50_requirements branch. There, using Django, some additional requirements are added, such as a forum where people could share their ideas to fight the pandemic, ... 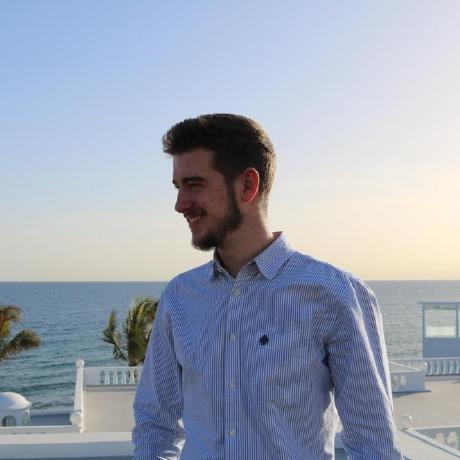