We were concerned by the ever-growing problem of water wastage around the globe and its impacts on the environment. We also drew heavy inspiration from ECOLAB's message of designing smart solutions for modern environmental problems. Our idea was to make the process of learning and spreading awareness about water consumption as engaging as possible.

Our web app aims to give users the chance to compete with each other. Participants have to simply take a short evaluation about their weekly water consumption habits. Their responses are then carefully analyzed and compared to aggregated data to determine a score. This score is indicative of the number of gallons that the participant uses each week, and they are placed into one of four tiers based on the score. The users can compete and see each other’s scores via the leaderboard, from which they can determine who their conservation rivals are and view their profile data.

We used Django (a Python-based web framework) to develop most of the back-end. Our data was stored using MySQL and SQLite and all the code was running in Docker containers, which are available on GitHub Container Registry (GHCR). Gunicorn served as a communicator between our web sever and our back-end code, while NGINX was used to serve and distribute the project over the web with proper HTTPS. Most of the front-end was written in HTML/JS/CSS, with the help of frameworks like Dug, Sass, and Bootstrap. We used GitHub and Slack to collaborate. 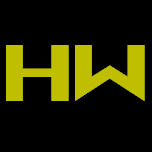 UPDATE Try out link for web-app is incorrect. Please go to https://waterudoing.tech instead.