What is this project about?

It's quite common to miss homework deadlines because you simply forgot about it (personal score: one, so far, hopefully that's my highest) or say, if a class gets cancelled (or if there's an extra class?), it's necessary to have a definite way of conveying such information to the students. Simply sending it over mail or posting an announcement on canvas isn't enough - not for me anyway.

To fix this, we've made Washington Announcements (an android application). Only students with an "@uw.edu" email address can create an account on this app. Once the email is verified by clicking on a link sent to the user's uw email address and logging in, students can register to recieve announcements for the classes they're registered for (or more, but I don't know why anyone would do that). Open the app, log in (or if you enabled "remember me on this device", save some time) and checkout the new announcement that was posted regularly and never miss any important announcements!

Using the same app on multiple devices is not a problem, the list of courses the student is registered for is synced with the account. So just download the app and you're ready to go!

On top of the HTTPS protocol and having the data encrypted on the server (since we're using firebase from Google) and also through the transit (duh, HTTPS), we've added another level of encryption to be extra, extra sure that information about the university's courses remains in the university.

The app was made using Unity Engine which supports JavaScript, C# and Boo. For this project we used C# since we already had a fair bit of experience with Unity using C#. We chose to use Firebase SDK for unity in favour of taking the SQL route since it was super well documented and had a proper authentication system which we could implement instead of saving the emails and passwords on another SQL server.

Another reason for choosing Firebase was the security it offered: everything is Google certified. For the actual communication between the client and the firebase database, we could've either sticked to Firebase SDK or use Rest API. We chose to use Rest API as much as we could since it works for all the platforms, whereas Firebase SDK is supported only for mobile. Even though our project is indeed mobile based, it's a good practice to keep scaleability in mind.

(What is REST API? A REST API is a way for two computer systems to communicate over HTTPS in a similar way to web browsers and servers. From Firebase website: We can use any Firebase Realtime Database URL as a REST endpoint. All we need to do is append .json to the end of the URL and send a request from our favorite HTTPS client.)

We did have to break the norm when we had to make a list of announcements for the students to see though. We did so because: 1: Each announcement would have a different URL depending on the class' name and the title. So to request all the announcements we would need the URL for each announcement as the REST endpoint. The problem with arrays and json files and serialization has been discussed in the signup script where we had to use a dirty trick to get around it. We probably could've fixed it using an external plugin but the 2nd point was very appealing. 2: Firebase SDK offers listeners that are attached to a particular path within the databse, these are automatically triggered whenever any changes are made, including children (talking about the ValueChanged event here, for all possible events see https://firebase.google.com/docs/database/unity/retrieve-data). Which is exactly what we wanted so instead of trying to stick to REST, we let this one slip.

One of the essential components of the app is making it secure. The students should have free access to all announcements but also prevent unauthorized individuals from viewing the messages. To do this we can use an abstract algebra concept called RSA Encryption. 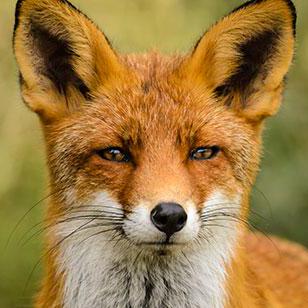