well at first we tried to use the github repositories to get country data but we couldnt find any data which is represented by countries an initially we tried to map the whole world instead of the uk but we managed to do the uk in the end. 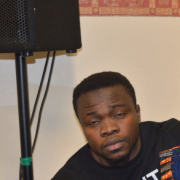