We wanted to do something interesting with the head-tracking / parallax effect, to make the user feel like they're looking through a window.

Our Unity Art Piece uses an external neural net head-tracking tool to get data about the user's head position and rotation, and adjusts the screen accordingly.

We built it using Unity and Open Track.

We spent the first five hours of the competition attempting to do this from scratch with an XBox kinect. Ultimately, the Kinect adapter was faulty, so we were able to get full 3D images and body tracking from the kinect, but it would shut down regularly.

We're very proud of achieving the parallax effect in Unity, and building a few demo scenes to show how it works.

We learned that hardware can be really complicated and usually requires a slightly longer time scale.

We would build out a suite of more interaction features, like being able to view specific apartments in the New York scene, altering the time of day, and being able to steer around the scene like in a flight simulator. We also see an opportunity for the space scene to become a telescope-like simulator, where just by moving your head you can discover new stars and planets. 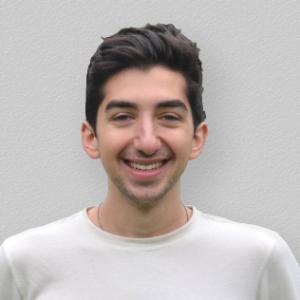