We wanted to create a social experience that leveraged the power of mobile without having people stare at a screen. We wanted to bring people together and give them some motivation to discover their area and city.

The game is a spin on the classic PacMan where players are assigned a random role upon joining - WakkMan, Ghost, Food, or Super Food. The WakkMan must find and eat all the food, while the ghosts must hunt the WakkMan. If the WakkMan eats a super food, they can hunt the ghosts for a period of an hour. Roles are intended to be randomized every 24 hours. The game is designed to be played passively from the user's pocket, and notifies them of nearby players through notifications.

The game was built with a rapidly skyrocketing level of hatred for the Android and Google APIs. Not a lot of sleep was involved.

Exhaustion and some lack of familiarity with the technologies involved posed some challenges.

We finished a very basic prototype that does demo the main aspects of gameplay. We also made a pretty rad EventBus.

Google APIs are kind of a pain but having a thought out design helps a lot (which we did).

Finishing the game, adding a few major features such as chat, polishing the graphics with animations, and optimizing the power consumption. 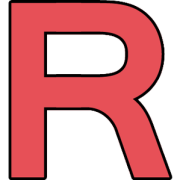