Inspired by the overwhelming line for food at the Hackathon.

It depicts the greatest challenge we, and possibly everyone else, faced: the battle for food.

We originally wanted to use IGE with a node.js backend, but realized it could be simplied (afterall, it is a fairly simple app) by using phonegap and firebase third party APIs.

Working on multiplayer setting was the hardest part- which is one selling point in which we used Firebase.

The fun and awesome experience we had working as a team. Creating this app gave us a couple of laughs even while building it.

We learned more about server processed games. Since we tried to implement a Myo into this game, we discovered the difficulties of using server sided connections with Myo.

Guess you'll just have to find out. 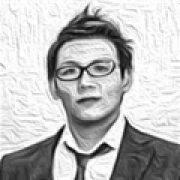