Fortnite streamers often have small mini-tournaments that are chaotic and hard to monetize (especially when dealing with chargebacks which is a huge issue for streamers).

WagerUp.io lets the streamer create games that others buy tickets to using the lightning network allowing anonymous participation. The game winners are paid out in LN, and the game creator takes a cut as well.

If I won any money for the project I would take half of the winnings and use it to fund some small tournaments on the platform likely in Fortnite to start to test it out and get some user feedback.

The idea would be to get a few smaller streamers on to beta test it and basically cover the winnings almost like a QA cost and then target larger streamers who would be able to sell tickets. While one could argue that creating a blockstack id and having a lightning wallet to use might be too difficult for them if you take some of the larger streamers and can get them hosting games the net would be wide enough that hundreds of people would still be able to figure it out and participate and it would either be something really cool that kids starting using. 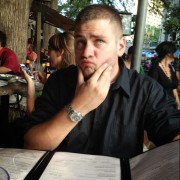