The constant need for technological solutions that will satisfy the user's need as well as to facilitate a day-to-day issue is what has acted as a catalyst to drive us onto creating this software. Technically speaking, what inspired the creation of this project is the daily arising ride problems, and what this app is capable of providing is a ride that we consider having several features that are located in a single, dual platform app. Before creating this solution, there are several problems existing such as maintaining an ultimate meaning for private rides as well as the constant pollution that continuously exists. This enhanced all-in-one software will change the meaning of carpooling transportation keeping in mind that it will provide means of providing a ride for more than one person in a single ride and thus being an eco-friendly solution.

This software enhances the idea of carpooling. Some of its features are:

Implementing so many features as well as developing the backend server in a limited amount of time.

Producing an app that will run on both platforms: iOS and Android (saved time for both programming and debugging) and that will help the community on a daily basis.

Implementing an idea that will act as a tool towards having a smart city.

A lot of upcoming features that will perfectly fit the user's constant technological needs and will enhance the sense of living in a smart city. To solidify our vision and ideas we had to understand the community’s opinion regarding this product, for instance, what are their concerns? So, we conducted a survey in a way to understand the psychology of the community on why they’re not comfortable with the idea of using a carpool-based transportation app. What the results have shown us is that the community is split into two halves where there are still some unclear aspects regarding this concept and thereby, our app’s features will solve these issues. The statistics of the survey has shown that 60% of the community agrees on such a facility, whereas, 40% of the end users have some privacy concerns on it. Our app will solve this concern and what makes things even better is that it will add more exciting features that will attract more customers to using it on a daily basis. we will include features based on the future analysis of the UX Happy riding, happy customers! 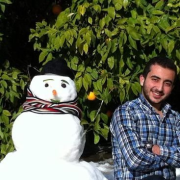