BoilerMake V introduced itself through a ‘retro’ video of the 80s, a theme that sparked the idea for our hackathon project. In addition, MLH hardware lab was generous enough to allow us to borrow an Oculus Rift, inspiring us to create a new version of a beloved 80s game with Virtual Reality

Play as Mario in a VR simulation of the classic Donkey Kong game, with enhanced realistic graphics as opposed to retro 8-bit

Our original intention was to have a two player game where a second person could play on an Android app as Donkey Kong, sending barrels down to Mario on their command. Unfortunately, Unreal Engine has a lot of blocks set up against everything to do with interacting with other programs, including not wanting to communicate with servers, an arduino serial port, or external files. While we have a working android app and networking capabilities coded onto an arduino 101, Unreal Engine proved to be a massive hurdle when it came to networking.

Getting a game to work through Unreal and in Virtual Reality in 36 hours when none of us knew anything about the Unreal Engine is a pretty great accomplishment. Furthermore, we learned a lot about networking, servers, Arduino, and Android SDK, and are set up to be able to continue this project and turn it into a two player interactive experience.

→Set up a connection between Unreal Engine and a secondary Android app so that the game is interactive between two players. This can be done either through a USB hook-up between the phone and computer, through an Arduino Serial Port and Bluetooth, or through servers. → Shiner, flashier graphics, and a more exciting UI; aka creating a nice-to-look-at experience for both players from start to finish. Our programs already look good, but how can we take them from good to great? 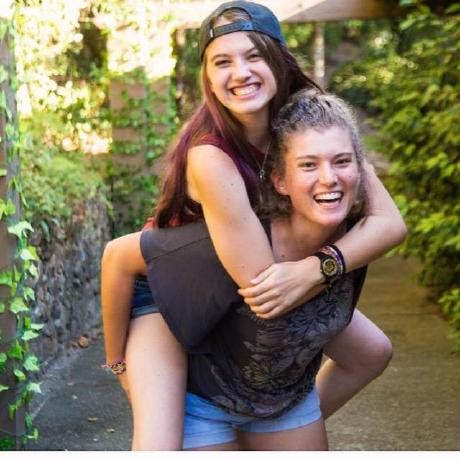