Many voters are not fully informed of their candidates' views and policies. We wanted to make a user-friendly app that will help identify which candidates' views align best with the voters' views to help them make educated choices in voting.

Using a quiz, we ask voter's to submit their views to 12 political standpoints with sliders. Using Phone2Action's API, we obtain a list of elected officials and candidates who will serve them in the future. Using their inputs, we compare them with political candidates to identify who is the best fit for each user. We then match the user to a candidate in each of the elections that concern them, and give them names and links to learn more about these candidates, in order to help educate the user about people who have similar beliefs to them.

Using a TJHSST host called Director, we were able to create an intro page welcoming the new user using CSS and HTML. Then, we were able to create a button to redirect the user to the quiz page. In the quiz page we used a combination of Node JS and CSS to create a user-friendly quiz system to gauge the user's opinions about certain political issues that divide Republicans and Democrats. With this data, we compared it to a candidate's data that we stored in a google spreadsheet and converted to a *.csv file to parse and compile results. From these results, we identified the best candidate that the user matched through the use of a proprietary algorithm. We used the Phone2Action API to get a list of representatives for a given address, and used our own database to find their political beliefs.

From the start, none of group members knew much about web or mobile apps. We started with Android Studio but quickly realized the expertise that was required to use the program. Around four hours in, we switched to Director, a TJ hosted service that allowed us to create a website. However, none of us knew anything about HTML, CSS, or Node JS, which are the primary languages used in creating websites. It was difficult, but with the help from mentors and peers around us, we were able to create an informative and useful app as well as implement the Phone2Action API using CSS, HTML, and Node JS. Another challenge was procuring information to use in our calculations. Thus, we do not have a complete data set, so the site is only guaranteed to work with the address of TJHSST.

We completed our first ever Hackathon website which was a big surprise to most of us. Coming in to the hackathon, we did not know much about creating websites and after the hackathon we learned a lot about the components that are required to create an app.

We learned to use HTML, CSS, and Node JS, as well as the Phone2Action API to create a website. With the help of mentors, peers, and google, we were able to resolve many of the issues at hand.

In the future, we hope to create compatibility with the entire US, as we currently only have data on the candidates in the presidential race, Virginia Senatorial race , Virginia Gubernatorial race, 35th District State Senate Race, 38th District State House Race, and 8th District House of Representatives race. Our goal is to help all Americans to be informed about elections and make the best choice they can based on their own opinions and political views. 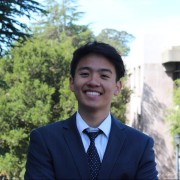