As an IT Service Desk or IT Admin how many times a day do you receive queries about users’ status, entitlements, applications and other simple queries? These queries can come from the user but are also often from a user’s Manager or peer. Depending on the context of the query any number of different tools/consoles are then required to find the answer, or even escalation of the query to the owner of a specific application/service/system. What if you could use a Voice Assistant to query a repository that held a superset of information about a user including their status, entitlements and access? A repository such as Microsoft Identity Manager that through its connectors has knowledge of a user in disparate heterogenous environments. All without having to train IT Support staff on yet another console/service and even more important without exposing unnecessary or restricted information.

The Hackathon to use Azure IoT and Serverless functionality was the catalyst for me to build this project. Last year I built a WebApp version that allowed a Service Desk or IT Admin to search for a person and get a report on that uses metadata from Microsoft Identity Manager. The natural extension is therefore to use spoken word to query and have the result spoken back. It also provided me with the impetus to learn how to use and integrate a number of new Azure Services I previously hadn’t used.

The IoT Device listens for the Wake Word (Lithnet) and takes a spoken query and converts it to text using Azure Cognitive Services, then uses Azure Language Understanding Intelligent Service (LUIS) to identify an Entity (Person) and an Entitlement (e.g. Mailbox, Active Directory). It then queries Microsoft Identity Manager (via Azure API Management and the Lithnet Microsoft Identity Manager REST API Service) to find the queried Entity before finally providing an audio response for the queried entitlement and logging the event into Table Storage and Power BI via Azure IoT Hub.

After architecting a high level conceptual solution, I started investigating the elements of the solution I didn’t have previous exposure too. I started with Cognitive Services and used PowerShell and Invoke-RestMethod to formulate my web requests to integrate with the services and perform the necessary functions. I then designed my custom LUIS Model to take phrases and identify the entity and the entitlement. When I had working solutions for Speech to Text, Text to Speech, and LUIS I translated the necessary initiation piece to Python (Speech to Text) and got it working from my IoT Device. I then configured Azure API Management to front end the Lithnet Microsoft Identity Manager REST API Service. I translated the LUIS and Microsoft Identity Manager (via API Mgmt) queries into a Webhook Azure PowerShell Function. The Azure Function utilises Managed Service Identity and Azure Key Vault for the necessary credentials. Next I converted the Text to Speech PowerShell script to Python to return an audio stream of the query response that is then spoken back to the requester. The final piece was to log each request and response to Azure Table Storage and Power BI via IoT Hub for Auditing and Reporting functions.

There were many challenges in this project. Some of the more challenging ones that took way longer than I anticipated were;

I’m very proud of the entire end-to-end solution. As an experienced Identity Architect I’ve built many Identity Management solutions for customers over the last 20 years. The concept of being able to talk to an Identity Management backend and have it talk back to me still amazes me even though I’ve been working on this for a couple of months. Approaching the crazy concept initially I thought my ability to actually build it was low. After working through a high-level solution and breaking it down into functional components and then working through them individually my confidence grew and I built a working solution.

Building this project exposed me to numerous Azure Services that I hadn’t previously used as well as using some services in different ways. New services I leveraged and got my first exposure to are;

What’s next for the project

The project is currently essentially read-only. The information that can be retrieved and the pre-requisites to make it available mean that it doesn’t consider context or authorisation. I’d love to implement voice-based authentication into the solution so that the speaker/requestor is identified by their voice pattern (using Azure Cognitive Services Speaker Identification API) and authenticated to Azure Active Directory. Based on the authorisation level of the user higher privileged requests can be initiated. (e.g. Disable User David Bowie, or Create a new user account for Colin Furze). I’d also like to enable the solution using Azure Bot Services. The way the solution has been designed allows for this. This would replace the need for a device to speak too, and provide an easier implementation path for the Authentication and Authorisation functions. The Bot could also be enabled via Skype for Business/Microsoft Teams. 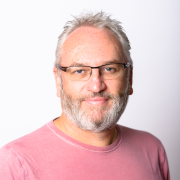